Well this does happen to me-all of us? On and off. I just have not picked up a brush in over a month. I am not sure what does this but I suspect that the warm inclement weather plays a part and the deire to be outside during the summer months must contribute?

Anyway I have slowed down in my stockpiling of miniatures though I must have a couple of hundred waiting...so I decided I would like something to read. Enter Spectre Miniatures Modern Ruleset. At £24 delivered this is not a cheap war gaming book so I have high hopes that it will re start my desire to paint and maybe even play a game!?

So...I have a few weeks off work lined up and a desire to start a project for the new season in the Autumn...has anyone played this? Are scenario's available?

This has been the longest spell I have had away from painting in a number of years, working has played a part but painting boredom is in there as well, one can only paint X number of models without any reason before one runs out of steam

A couple of family photo's, first is my son in a WW1 German overcoat, it is original and in the sun almost reed green (Vallejo have nailed it) 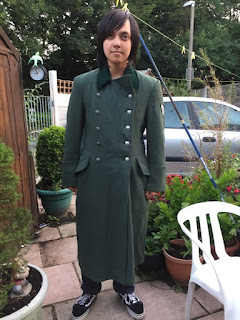 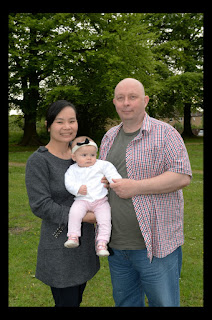 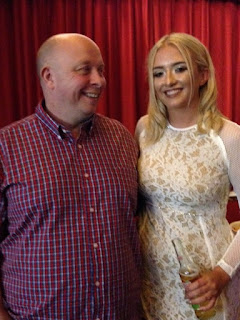 Second with youngest daughter and third with Bex, eldest daughter who just graduated. Not really solo or war gaming but I am pretty proud of them all and it does show I have been busy. Just noticed Bex is holding a beer.....so proud.
Posted by Solo wargaming-on a budget! at 14:32 11 comments: