A £7 light box and figures to strip.

I do trust that you are all well? It has been a busy month here, in fact it has gone really quickly and pay day is almost here again. The postman has been busy delivering decrepit old toys to me so that I can have an army that will cost so little but just a little extra in time. 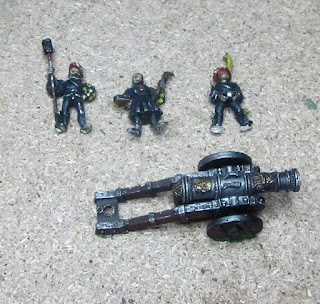 An old cannon (all metal) and crew was had for less than a few beers off an auction site and the cannon has already been re painted. Whilst it will never win any trophies it is a passable piece of equipment for my new/old Empire army. 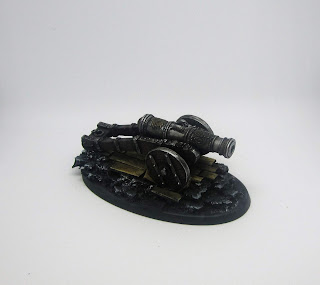 This pic was taken using a Canon (appropriate) 14.1 mega pixel camera and a very cheap £7 light box from that auction site again. The LED's are almost powerful enough alone but for my next batch of photo's I will help them along with a light pointing inside the box as well. 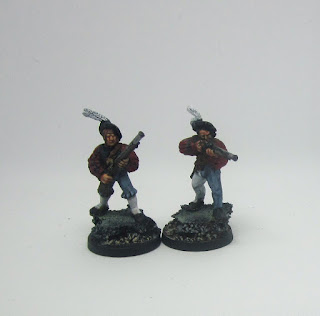 A unit of 10 muskets on their bases are almost complete and I am about to chose the colour scheme for the first unit of spears. The hot weather is awful for painting-no air con here in the UK-so I spend an hour or two in the evenings just looking at blogs for inspiration (when I can). 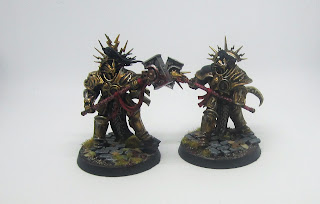 The light box is pretty useful and my learning curve continues... as does the base building and pile of figures for stripping. The old master engineer is a favourite of mine and he popped up again in an online purchase. 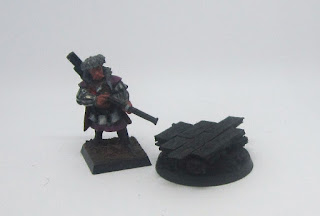 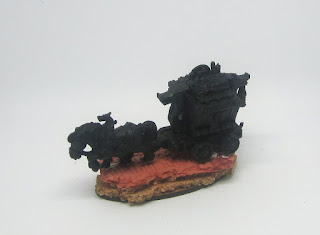 The Grudge Pony is just too good not to have in an fantasy army and will go well with a unit or two of dwarves fighting for the Empire.

Keep blogging guys, we are fighting the elements at the moment but it will soon be cooler and more painter friendly.
Posted by Solo wargaming-on a budget! at 12:01 6 comments:

A Campaign and Second hand figures

I have at last had a couple of days off together-rejoice! Also the postman has been kept busy delivering small packages from my ebay purchases. So far I have three units of Games Workshop Imperial infantry and a cannon but I have bids on several more. I do love the older (5th edition?) version of the Imperial army-the cavalry can still be ordered from Games Workshop.

This military style planning is hopefully going to culminate with my two weeks off work where I intend to laze around and paint figures during the day and drink German beer at night. (after I have decorated my little girls room). 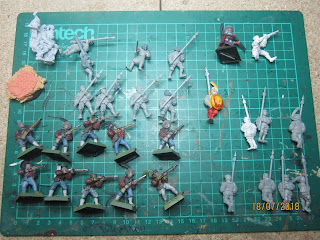 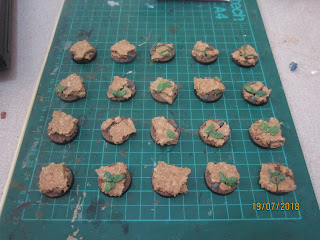 Construction of some bases is also underway only another 20 to go for the infantry. Some of the figures will get a bath to remove the paint, I am especially fond of the master gunner who was a little bonus amongst the shooty types. 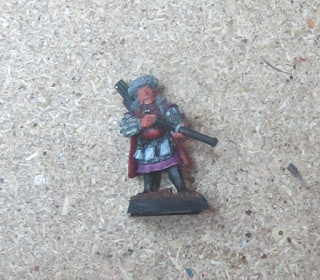 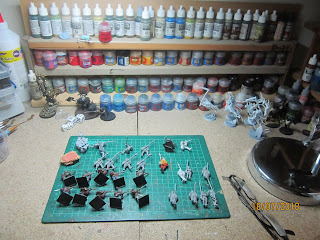 As for the setting for any games I am using local history and a mix of mischief. It must be 30 years since I last had a campaign diary and scribbling notes for a background has been very cathartic. How this ends up I have no idea but it does feel a bit DandD and a tad nerdy but already my games will have a reason and an impact on my characters.

Well I think this has been my longest break in many a year from the hobby but I do feel the urge to paint returning. I do rather think that this is a hobby of peaks and troughs, quite often I paint too much in too little a space of time and, over enthused but worn out I put the figures aside.

My latest break was due to a combination of a bereavement, the weather and work....always work. Still I do feel old interests stirring and last night I spent an hour or more looking at figures in my cabinet and feeling rather nostalgic.

I have every intention of resuming my painting when the weather cools-my painting desk will be moved and a design for a new paint rack to accommodate even more paint pots has been drawn. A few old but unpainted Games Workshop minis have been purchased from ebay and bids for even more have been placed. The remainder of this years painting will be focused on trying to learn some new techniques and improving my quality.

Games Workshop continue to impress me and I have bought their box of skulls! Not that I am such a fan that I buy every last item they produce but because I want to create a unit that looks like it has marched off the page of an old engraving. As a child the gruesome images from art books fascinated me and Games Workshop seemed to be taken up with the theme as well. 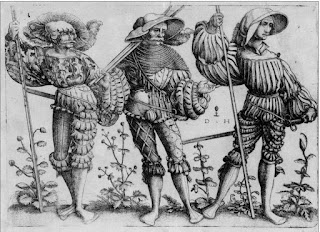 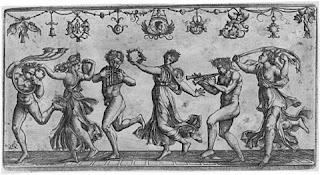 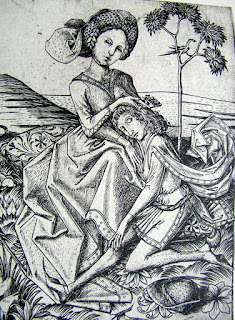 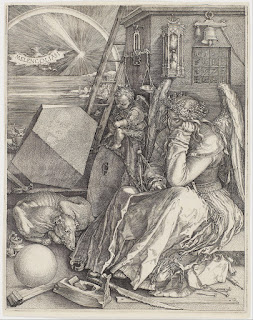 OK so the pics above are not such a good illustration of my point but... See you on the other side of this summer Chaps I have a feeling its going to be an awesome autumnal painting season.

Keep blogging
Posted by Solo wargaming-on a budget! at 09:52 4 comments: