Speed Painting and a free toad...

As an experiment I grabbed 10 Perry plastic WOR archers and began a little speed painting challenge. To be honest these figures are so detailed they are no fun to paint. Layer upon layer of clothing, straps and buckles (all in a "small" 28MM) just grinds my gears. So the plan was to cut my plastic mountain down a little....base colours, wash and tidy up. It took about two hours in total, please ignore the bases I am waiting for the glue to dry before basing. 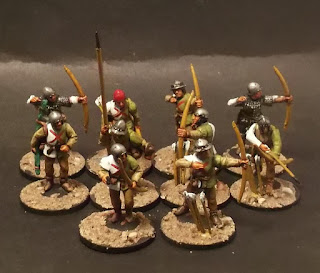 The colours are Burgundian but I believe that they hired bows...oh well they will work for fantasy if not. Tomorrow the bases will be painted and I will work a little nore on the details....to be truthful I am not sure that I will notice that they were speed painted (3 hours total) once they are completed.

Lately I have been reading Frostgrave and painting the odd figure for it, mostly skeletons, ghouls and trolls etc but I did not have a toad. Until now. A strange event occurred this afternoon, as we emptied an old box a toad of perfect proportions fell out of the bottom. I can attest 100% to never having bought a plastic/resin toad in my life! Maybe he was already in the box? Anyway he is getting a coat of paint....can anyone ID this cherub of a free toad? I think he is a decoration or a toy and not a war game miniature. 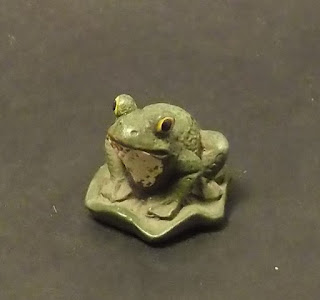 Thanks for checking in, have a good Easter and keep gaming!

Email ThisBlogThis!Share to TwitterShare to FacebookShare to Pinterest
Labels: Frostgrave

Just a quick update to let you know that I am still around and if not kicking at least painting. This last couple of weeks have been pretty busy on the life front but hobby wise 8 zeds have been painted, one troll and some plague doctors. I am not entirely sure what the erm "doctors" will be used for but they will look OK on my shelf and as a backdrop in photographs. 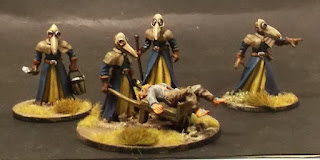 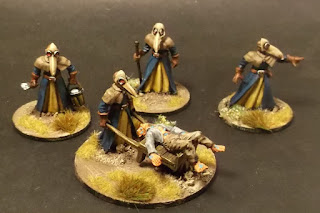 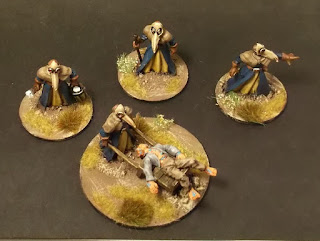 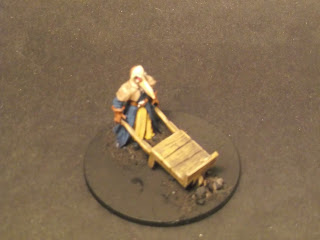 These are done apart from some minor details and a varnish, I have really enjoyed painting these little Chaps but I still wince at the cost...£16 delivered. Very little packaging just a plastic bag in a padded envelope....I wanted a Foundry blister to take a pic of!
Posted by Solo wargaming-on a budget! at 14:33 4 comments:

The last of my fanatical Bidowers are now complete thanks to the arrival of a 1 metre length of tiny chain from Poland. For the princely sum of £2.90 delivered this chain will have many uses, from securing loads to holding prisoners in my miniature world. 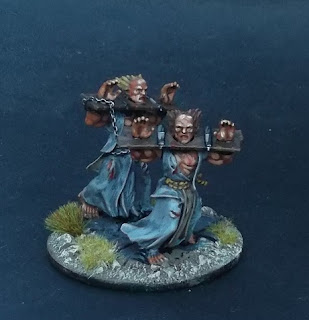 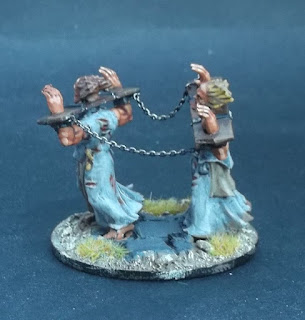 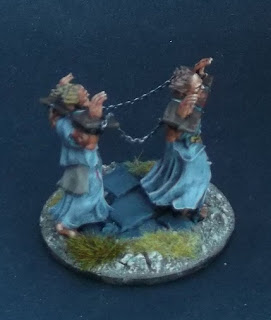 These photos have a strange bluish tinge, probably because I took the pics outside? Anyway I hope you get the idea of how they look. In time I will complete the remaining four figures, they came with books and extras on the sprues...who would have guessed it-value for money from Games Workshop?

On a guilty note I bought a pack of Plague Doctors from Wargames Foundry (the only miniature manufacturer I can think of that is more expensive than GW for no apparent reason)....These mini's were £16 for five (and a wheelbarrow) and are by far the most expensive 28mm that I have bought so far. It will be a long time before Foundry get any more of my money but they do make some interesting figures....doomed.
Posted by Solo wargaming-on a budget! at 02:39 4 comments:

This week has brought with it a really pleasant surprise or two. I can only reveal one for the moment but this one is a revelation for me at least.

After reading the Frostgrave rules I realised that I had next to nothing in the way of fantasy miniatures so I ordered a few Reaper mini's from ebay. This company produce decent quality miniatures at a decent price and I intend to use them for Ice giants, Wizards and hoes (yes the ladies).

Whilst on that most tempting of sites (the ebay one) I purchased some skeletons from Caliver books-I did not even realise that they were Mantic until later. They were cheap, incredibly easy to paint and full of detail. The sprues also contained ghouls which I have painted with a healthy skin tone so that they can double as beggars (even useful in my modern games...I can use them as the Leyland Aldi beggars!). 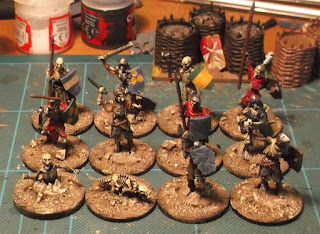 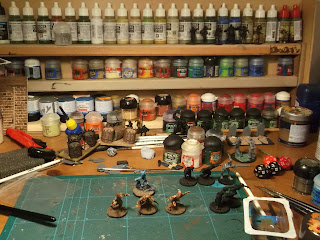 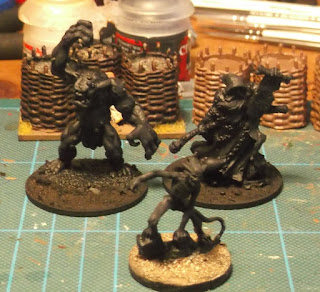 You may have noticed the anarchy that passes as my paint station-I am off in search of a computer desk to give me more surface area....untidy work stations absolutely do my nut in! The skeletons are on plain 30mm bases, I am undecided about this experiment but the wizards etc are on even bigger slabs of mdf so it does not look too out of place. 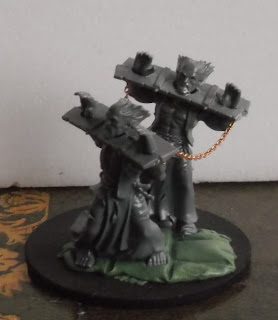 The last pic is of a couple of GW Flagellants that will form an unusual unit of bidowers for my Lion Rampant games or double as a background prop in pics etc....they are just for fun.

Thanks for looking Chaps, have a great Sunday.
Posted by Solo wargaming-on a budget! at 04:18 4 comments:

Email ThisBlogThis!Share to TwitterShare to FacebookShare to Pinterest
Labels: Reviews

Often without thinking I will take my camera out whilst shopping or paying bills to capture little bits of Victorian England for my own files. It may be of use to any gamers out there who play IHMN or indeed any other system to have a quick look at our sometimes crumbling and sadly usually unappreciated Victorian buildings. 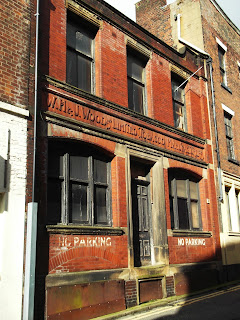 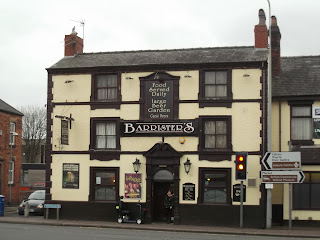 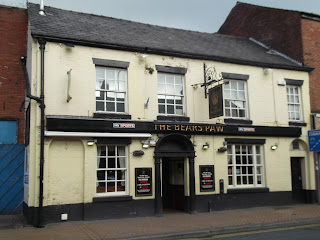 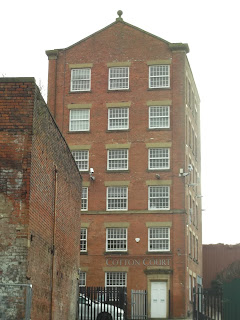 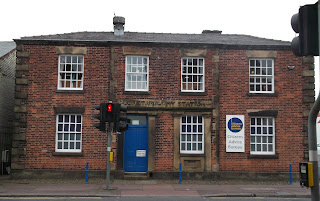 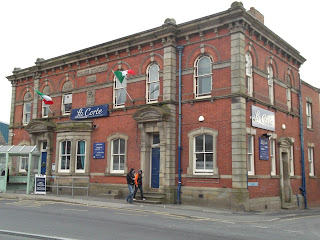 As you can see you could justifiably create any building you want. It could be a plain Jane brick and stone affair or you could start throwing fanciful stone edges and arches all over it....just think what Elton John would like and you can't go wrong.

I have some factory pics to dig out but they are pretty depressing-I have first hand experience of working in one of those soul sapping holes so I will wait for a while before I even bother looking.

I hope you have all had a decent week of hobby filled stuff? This week has seen a new personal best in the number of plastic minis assembled-almost 100! Two boxes of Perry infantry, one of horse and a couple of boxes from GW.

The Warhammer fantasy stuff is actually going to form part of my medieval army...flagellants were a thing at the time of the Black Death so its close enough to have 6 as a unit of bidowers! Maybe I should be planning a Dragon Rampant army instead? 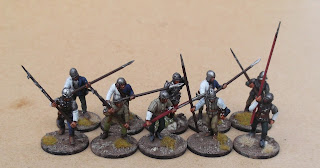 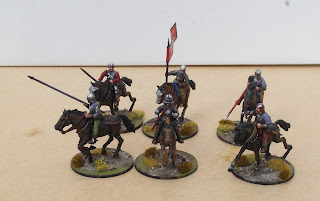 These little chaps are full of detail which make them hard for me to paint, more frustrating and time consuming than plain metal 28's but it is satisfying to complete a unit (12 or 6 figures for Lion Rampant). Despite not being huge units they do look right once grouped together. 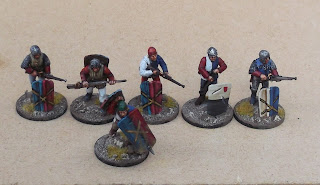 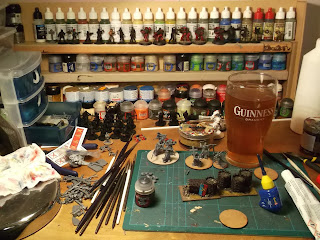 My painting table looks like a war zone (unintentionally) and I have burned thousands of carbs bending down for bits of figures that always seem to either fall from between my chubster fingers or fly off the sprue. To replace said carbs I drank some home brew which calmed the nerves but strangely brought on a mild headache after the fifth.

As a change of pace I may try a smaller scale just so I can actually get a game in! DBA would be the rules of choice....does anyone game with this set in the smaller scales?

Thanks for looking, more archers and crossbowmen are on the bench, have a good weekend with whats left of it.