Well my girlfriend returned to warmer climes last Friday so I have had a week of painting which I have relished...mostly because Oijai bought me a box of 28mm Wargames Factory Saxons. I was a little unsure about these figures at first as I had previously bought the first Zombie offerings from this company which were just terrible, granted the male survivor box was good but I had never seen the Saxons before.

I needn't have worried, the Saxons have clear detail and other than a few odd poses and weird bows the figures worked well. So well in fact that I ordered some Gripping beast Saxon Thegns which were much easier to put together and a little chunkier which in turn made them easier to paint. I painted these figures 10 at a time and used a wash, this speed painting was easy to do and rather fun. As you can see some tidying needs doing but the overall effect is OK and acceptable when they are on the table.

The figures are based on 60mm frontages and so could be used for DBA (although they are 40mm deep for Spears and 30mm for the Psiloi) Dux Bellorum or preferably Hail Caesar. I have on order a box of plastic Norman cavalry which will be converted to Saxons and also a General figure from Dixons. This again was an accidental army but once I got the bug I wanted to see it completed. A box of Dark Age Warriors from Gripping Beast should see a small army complete for £90...God bless plastic!

As a side note I should add that I use two bases of figures for a normal sized unit, three for a large and just one for a small unit for the Hail Caesar rules. I do hope that Mr Priestly will be cool about my tinkering with the unit sizes but it actually helps my army to fit on a table....now I just need to wait for someone to produce Late Romans in plastic... 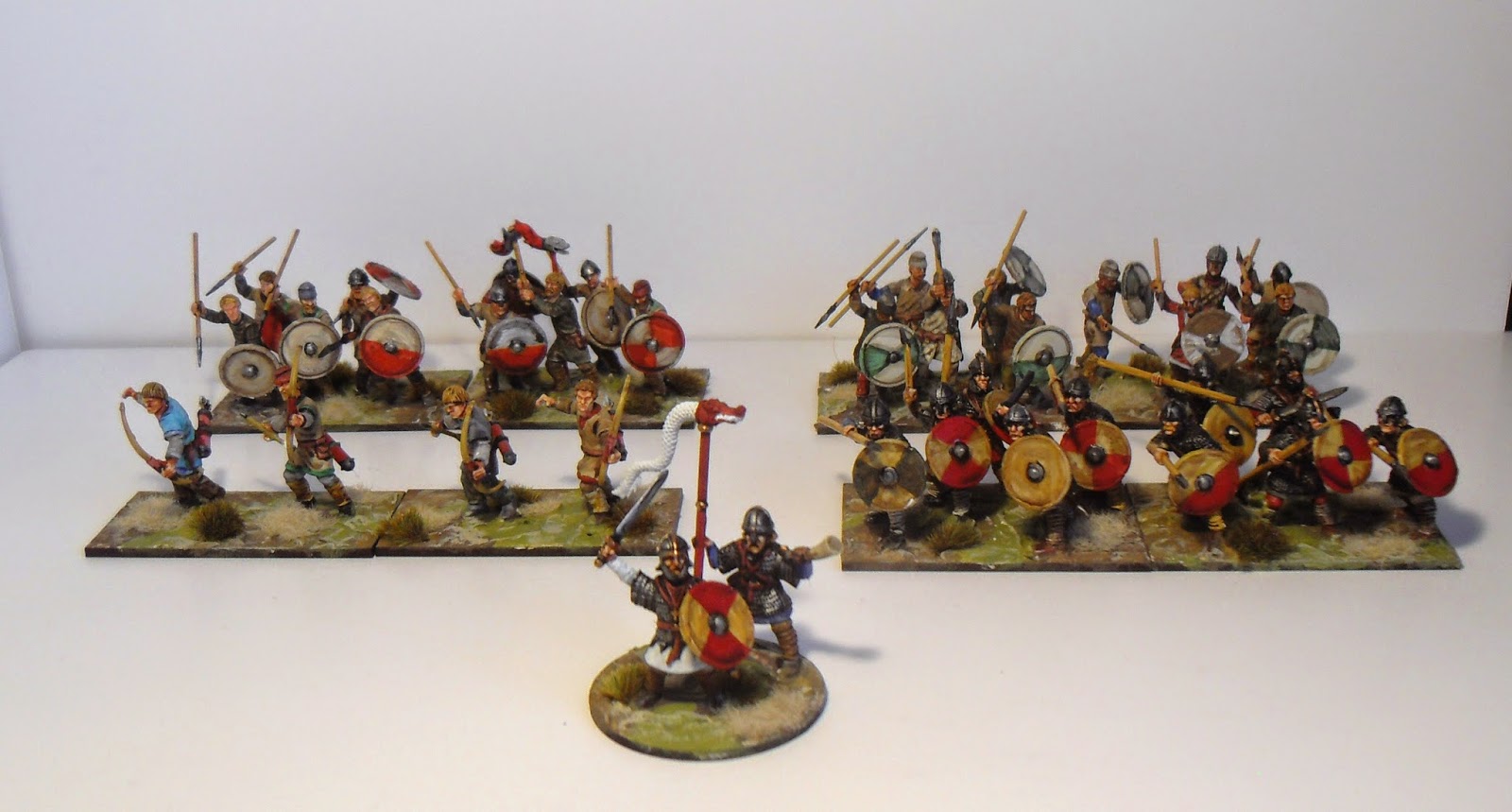 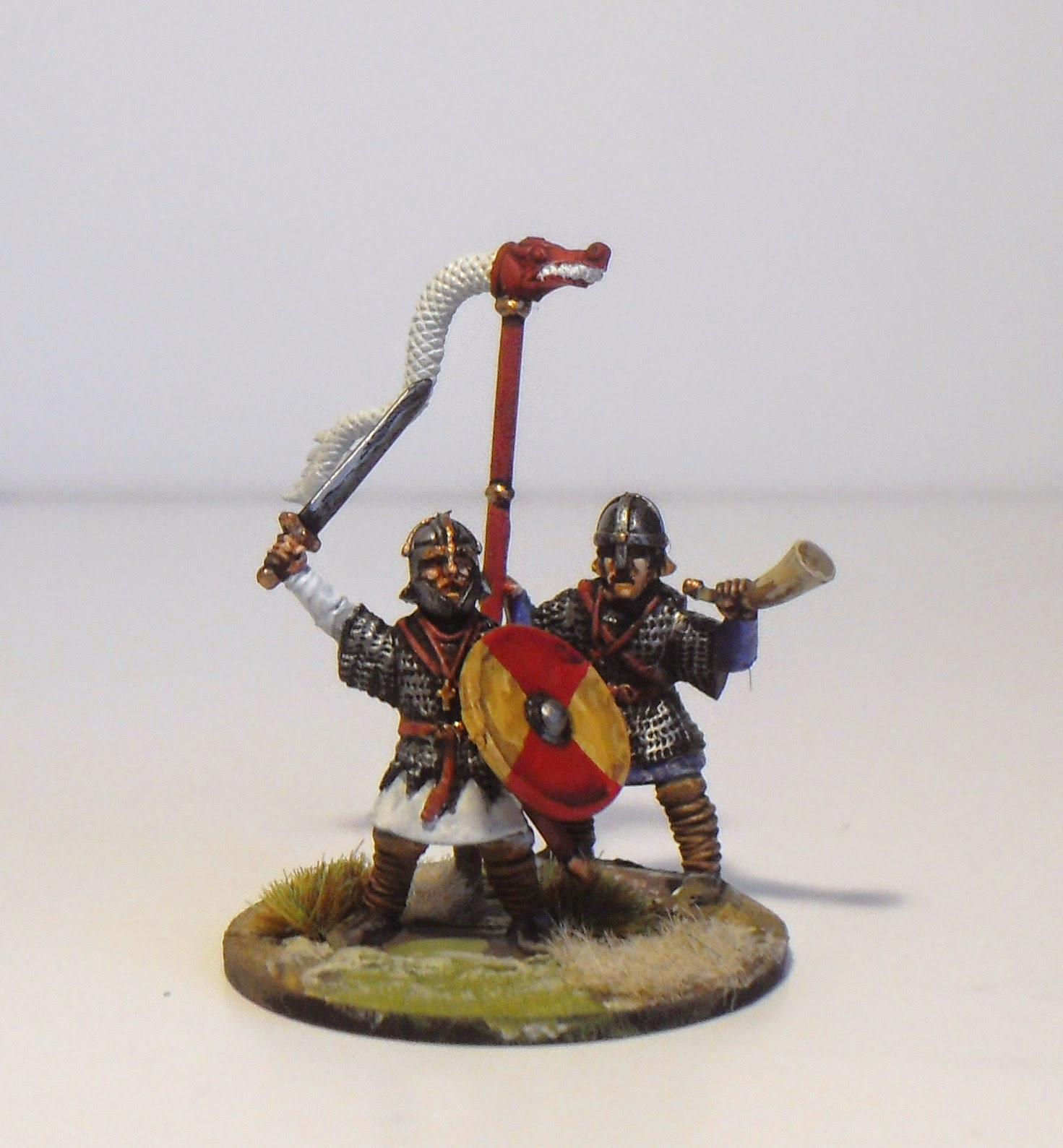 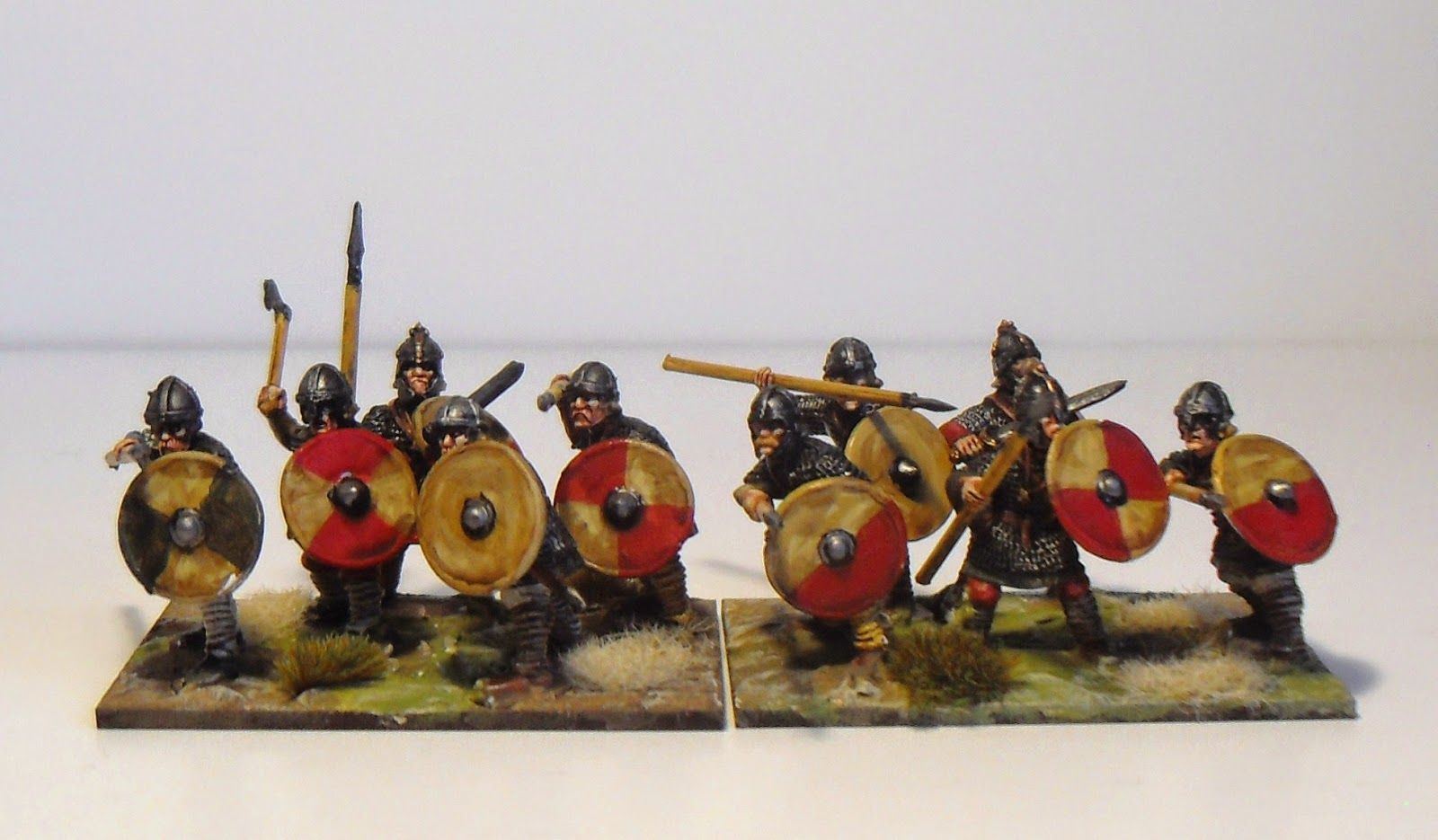 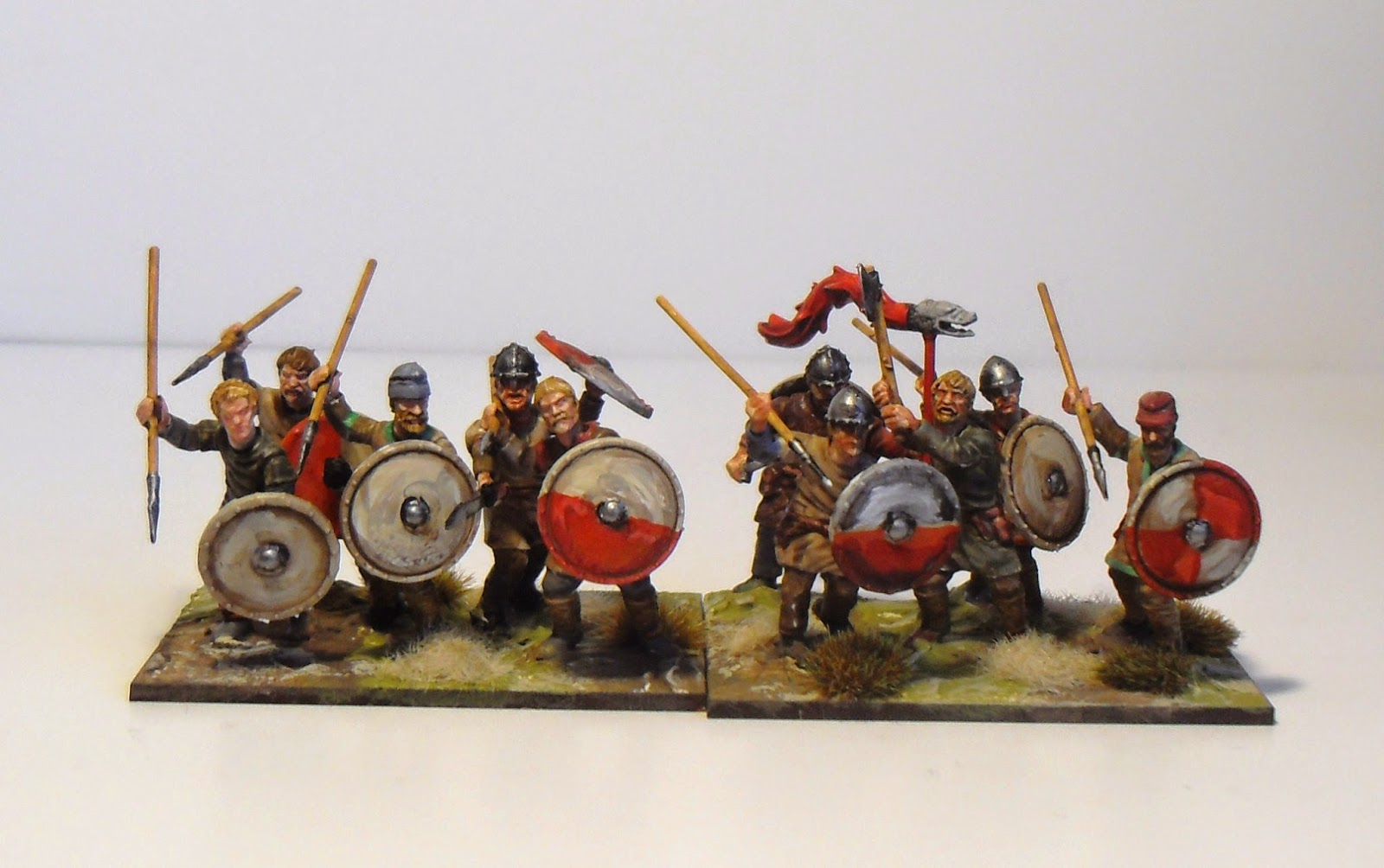 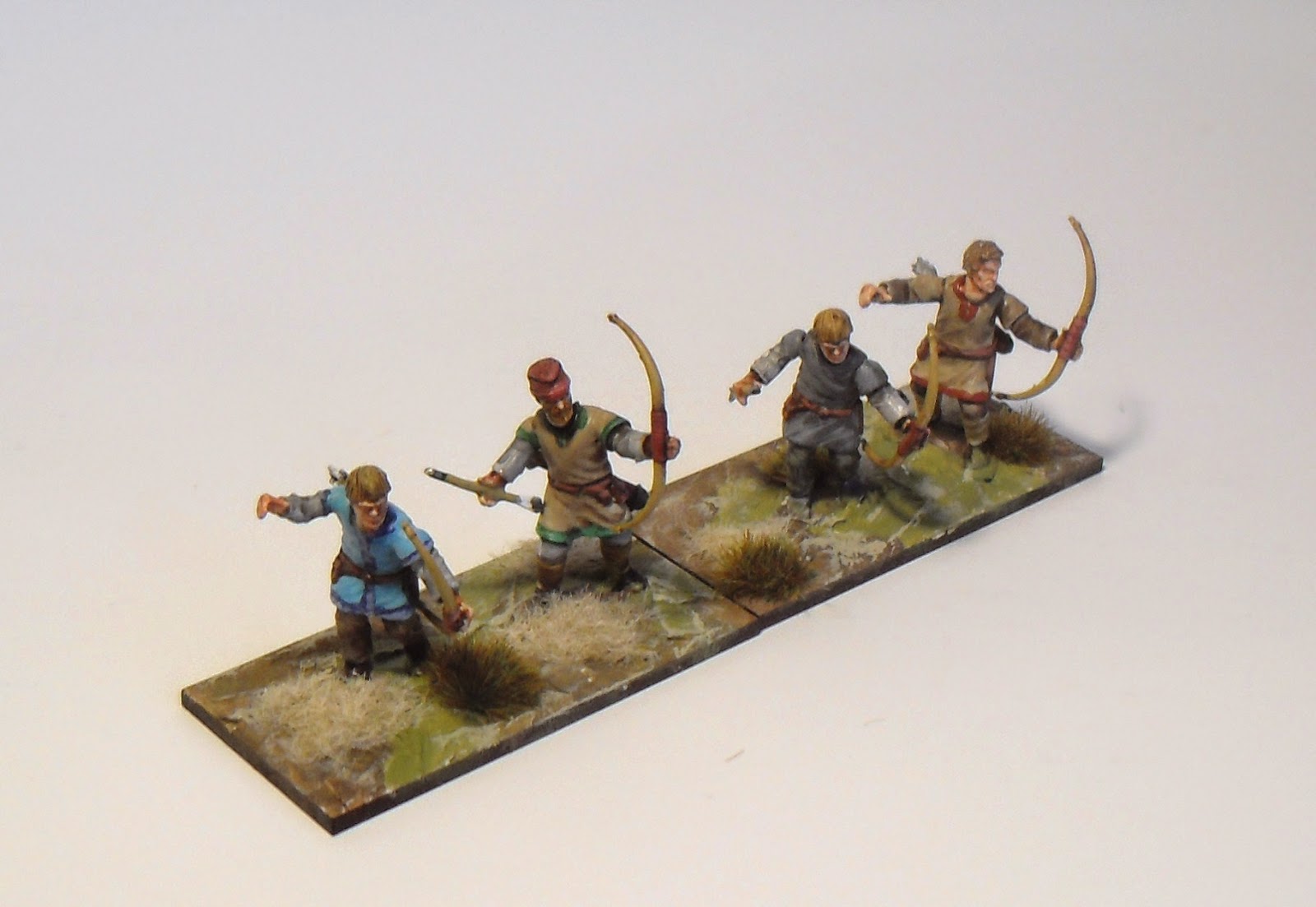 A week off from painting?

I may have to put the brushes down for a week as my girlfriend is over on a rare visit. It will be a pleasure to show her around the North of England's finest historical sites (managed to slide in my interests without her noticing there). 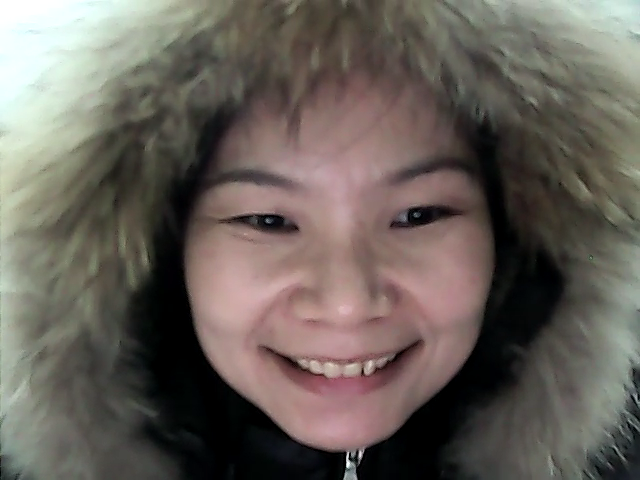 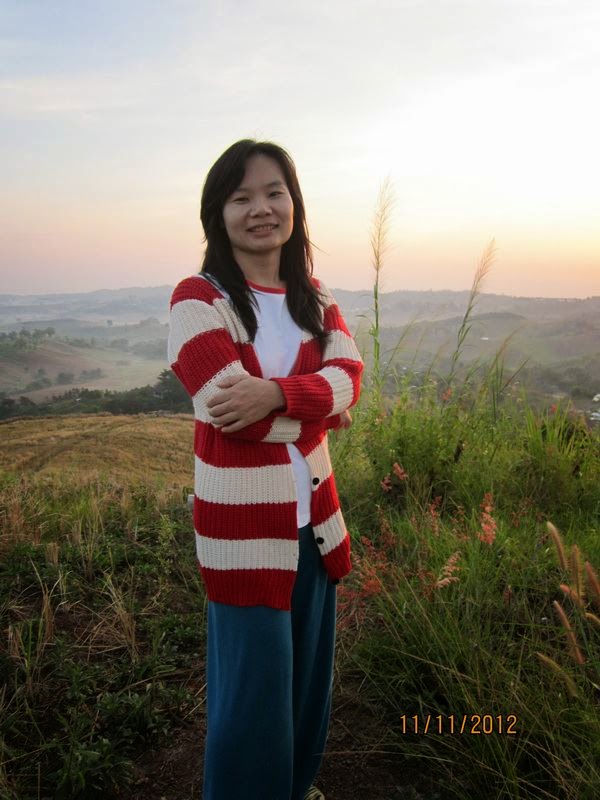 Aside from any freezing cold weather we should be able to get out and about, Nid has travelled with her work as a medical scientist across Asia but I doubt if she has tried anything as exotic as fish and chips, black pudding or stout.
Posted by Solo wargaming-on a budget! at 07:54 5 comments: