The weather has not been great for painters...it seems that the paint is drying from the moment that you open it but I have manfully soldiered on and I have painted a battalion of WW1 Germans from Hat.

I have to admit to being seduced by the 28mm ads for figures in the past and like a huge proportion of other gamers I have attempted to amass armies in 28mm. Now I see the error of my ways. Having collected the humble 1/72 miniature from a very early age I think that I got all blase' (did I spell that right or do I sound like Del boy?) about their quality and potential...familiarity breeds contempt and all that. After several attempts I think I may have found a way of releasing that 20mm potential-for me anyway.

Recently I purchased "Contemptible little armies" from Brookhurst in the USA (not arrived yet) and the army lists off of Ebay and I was wondering how the hell I was going to collect (let alone pay for) two 1000 point armies when I visited "Plastic Soldier Review". It was all there, all the infantry, cavalry and guns that a war gamer could want....well almost I could really use high command figures if anyone at Hat are reading. 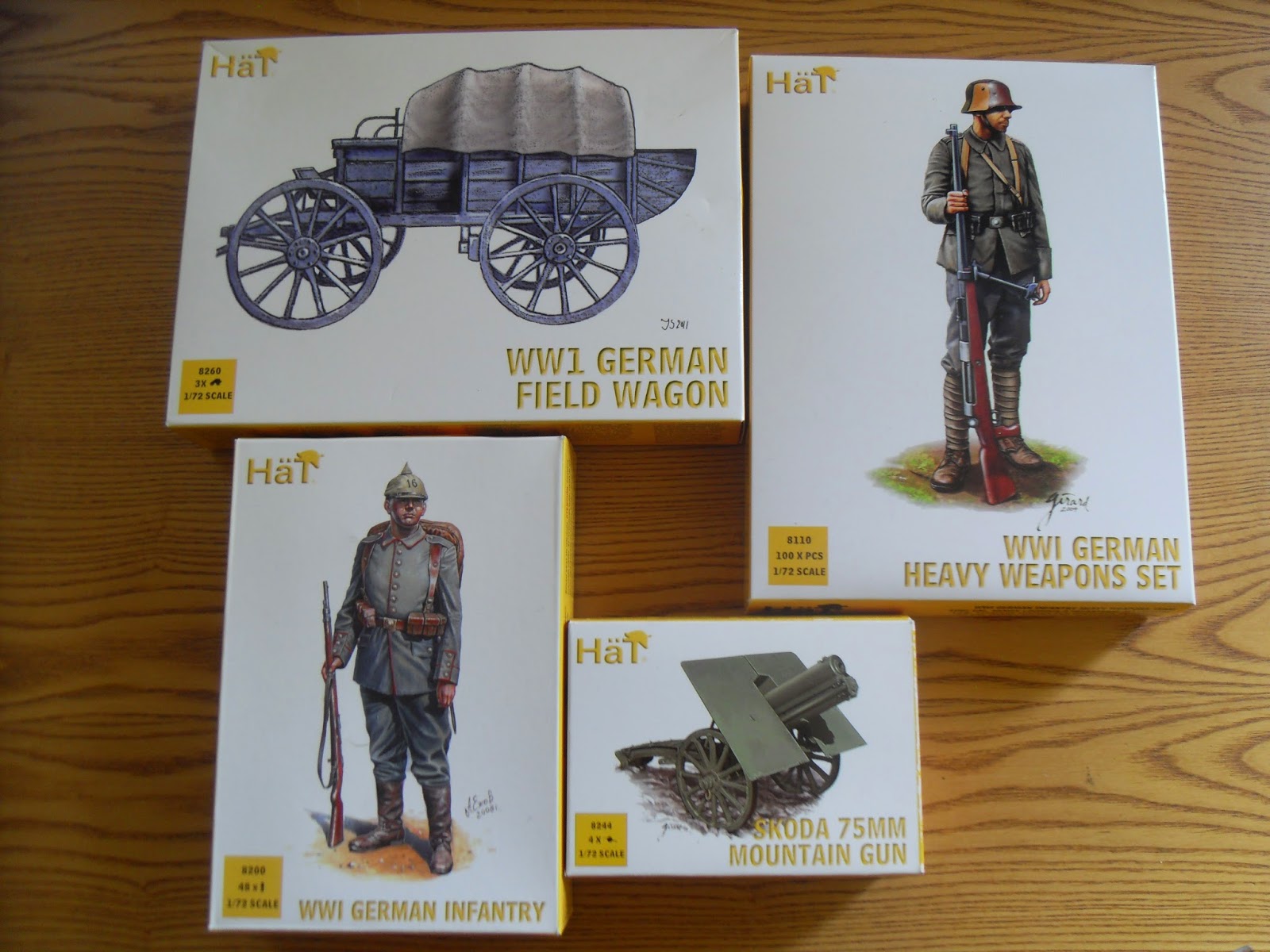 This is a work in progress but progress has been good. Simple painting techniques have allowed me to almost complete a 500 point army of early war Germans. At this rate (and I am getting faster) I should have enough figures for a meeting engagement in a week or so.  Compared to 28mm this is light speed and in fact the drop in quality is not as bad as I had feared.

When the weather picks up (stops raining) I will post some pictures of the completed models and I may have enough photos to produce a "how to" regarding the Germans...I tried the really weird tip of coating your figure in PVA after you had painted him...and it works! My only problem is now trying to stop buying more of the Hat figures...£4.25 for 48 infantry!

Thanks for reading guys. Keep gaming.

As an afterthought the photo is way out of date to the tune of four more boxes of various WW1 figures and equipment....
Posted by Solo wargaming-on a budget! at 15:37