Having played a few games of Space Hulk with my son I thought that I would try to repaint some of the monsters that came with the Ebay purchased games. The original figures were probably painted back in the 90's and as such were probably normal for the day but just don't seem right now. (Someone will probably be saying the same in 2035?).

Anyway I tried to strip the paint using Dettol and it simply did not work so they got a respray of matt white car undercoat and a quick paint, wash and highlight. These are old figures but they still look menacing! 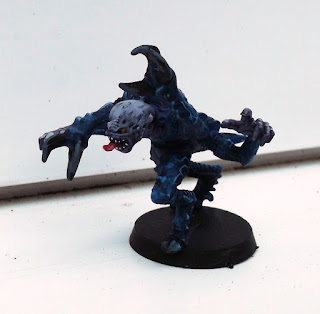 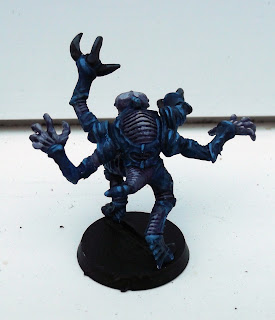 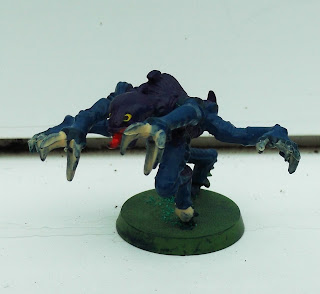 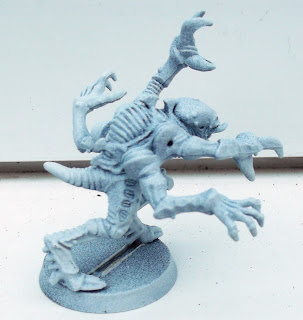 So 3 down and 27 to go! These will be kept in my figure cabinet alongside the Space Marines-it is odd but I have a growing collection of Games Workshop figures but I have never played War Hammer or 40K. The Age of Sigmar may change all that because despite terrible reviews from GW fans I think it sounds interesting. 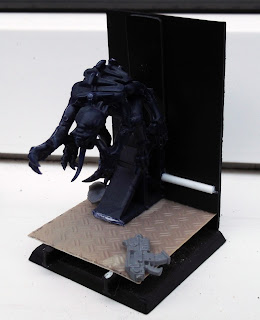 The last creepy pic is being saved as a treat once I have painted 10 of it's lesser team mates. Thanks for looking I will be off now to read a very old copy of War Hammer 40 000 from 1993.it actually looks like a good set of rules.
Posted by Solo wargaming-on a budget! at 03:31